Described as ‘The most important building of the modern age’ by the Chairman of the Heritage Lottery fund, Shrewsbury Flaxmill Maltings is finally being restored after decades of decay.

The site, which was completed over 220 years ago, was the world’s first iron-framed building, which led the way for the skyscrapers we are now so familiar with.

LRS are delighted to be providing full land referencing services to the project, which comprises eight listed buildings including the Main Mill, reflecting on a time when Shropshire led the way in industry and innovation.

From its’ beginnings as a flaxmill spinning linen thread, before becoming The Maltings in 1897, to being used as a barracks for the military during the First and Second World Wars, the buildings fell into decay after closure in 1987.

Historic England bought the freehold in 2005 with the goal of saving the building and providing it with a sustainable economic future.

With the current spend estimated at £28 million, and the restoration marking the beginning of a wider plan for the brownfield land for residential dwellings as well as future commercial opportunities for Shrewsbury, this is a local project with the importance of an internationally important restoration, which LRS are thrilled to be involved in. 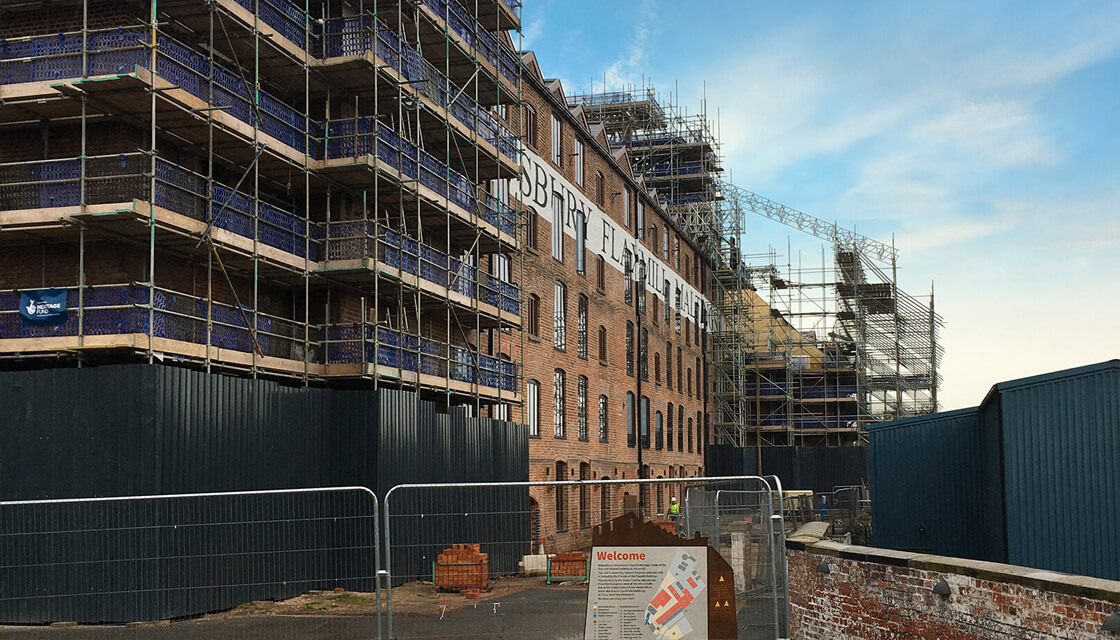